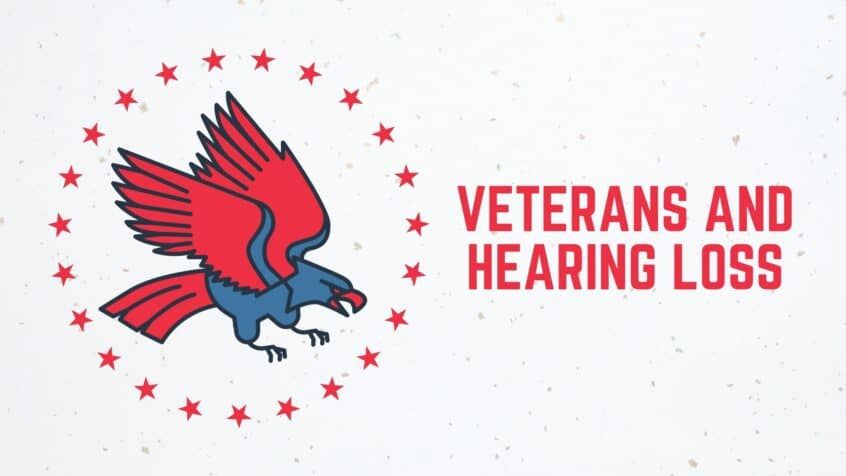 It’s likely that you categorize serving in the military as an extreme working condition, but did you know that it qualifies as one of the most dangerous professions for hearing health? According to a report that considered the rates of severe hearing impairment between veterans and non-veterans, those who served in the US military were 30% more likely to have extensive hearing loss.

The Department of Veteran Affairs confirms that hearing loss and tinnitus — which is a persistent ringing or buzzing noise heard by an individual when no external noise is present — are the two most common health conditions affecting military personnel. Why are these such prevalent conditions and what can be done to prevent them?

What exactly makes the military such a dangerous occupation for hearing health? It’s an extremely noisy environment. Many of the duties and tasks expected of military personnel include noisy machinery or even environments that cause hearing loss with repeated exposure over long periods of time. Damage to hearing may also occur in a sudden event specific to military service, like small-arms fire, artillery fire or improvised explosive devices (IEDs).

According to the Occupational Safety and Health Administration (OSHA), 85 is the acceptable level of decibels, which is the unit for measuring sound levels. Sound louder than 85 decibels is more likely to damage hearing over time. To get an idea of how loud military environments can be, consider the decibel (dB) measurements for some commonly associated machinery:

How does noise harm hearing?

It doesn’t just occur in the military. Noise-induced hearing loss is a common experience for many people, spanning loud work environments or enthusiasts of noisy hobbies. Within our ears, beyond the eardrum, sits sensitive nerve cells that serve as the primary receivers of sound information. Because these cells are fine, designed to pick up subtle differences in sound, they are also delicate. Too loud noise, either suddenly or over time, can erode the function of these cells. We are born with about 3,500 inner hair cells in each ear and once they are damaged, the inner ear cells do not regenerate and their role in our hearing is lost.

Another cause of hearing loss in veterans is traumatic brain injury. In the past twenty years, more than 400,000 US military members experienced an injury of this type. In 2012, the Department of Veterans Affairs studied a sample of veterans with traumatic brain injury and found that 87% reported hearing problems.

Preventing hearing loss in the military

It’s unlikely that we can change the noise produced in military environments. What we can do is to intervene in potentially dangerous situations by using protective hearing equipment. While the dangerous noise levels listed above will certainly cause harm to the unprotected ear, wearing military-grade ear plugs can significantly reduce damage.

Noise reducing equipment is available to civilians who engage in noisy work or hobbies, but military grade equipment is specifically designed with combat or military use in mind. For military personnel, protecting one’s own hearing — wearing ear plugs for instance — might put the lives of your teammates in danger if it prohibits on the ground communication. In 2017, the Army began working to develop increasingly adroit technology to conserve the hearing of its service people. The Tactical Communications and Protective System (TCAPS), are hearing protective earplugs that also allow for communication via radio.

We must raise awareness to the full scope of the problem of hearing loss in veterans. Hearing loss and tinnitus do more than impact hearing health — they can also contribute to depression or isolation, both of which military veterans are at more risk of experiencing to begin with.

If you’ve experienced noise-induced hearing loss as a result of the military, or other careers and hobbies, schedule a hearing test today. We provide quick and painless hearing health screenings that give us a blueprint for how to best approach your hearing health.